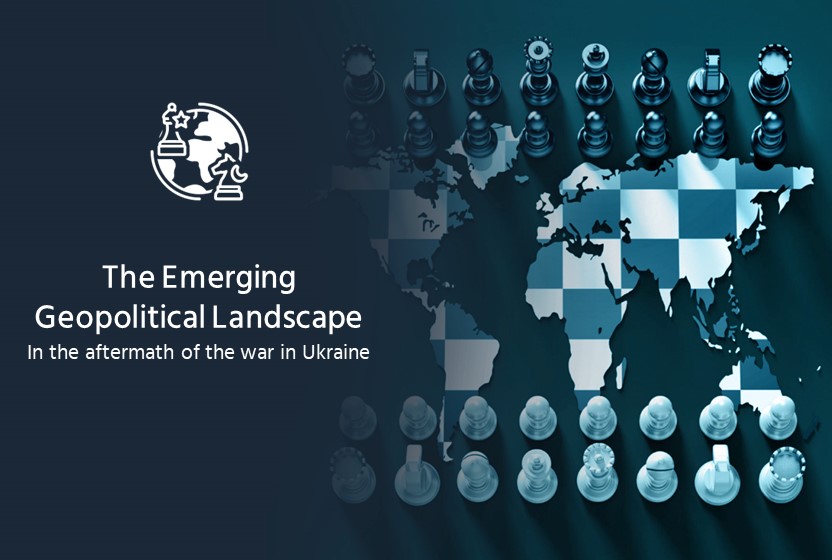 On the 22nd of September, we hosted the first Circle event in our ClubHouse – and the first one after the summer break. The discussion focused on the geopolitical repercussions of the still-raging war in Ukraine and the unwelcoming impact faced at a global, regional, and national level.

Our first speaker, Dr Constantinos Filis, Director of the Institute of Global Affairs of the American College of Greece, explained the gains and losses of the two main players, Ukraine and Russia, analyzing the situation as it is today, how and why it unfolded as such, and what we may expect in the near future.

Our second speaker, Mr Evangelos Georgousis, (retired) Lieutenant General Air Force, focused on our backyard and the implications of the war on our country, especially as far as our relationship with Turkey is concerned. As military conflict has re-emerged in Europe to resolve political differences, and several countries feel increasingly confident about reviewing their borders despite long-standing international agreements, 2023 – an election year for Greece and Turkey – is expected to be tense.

We use cookies on our website to give you the most relevant experience by remembering your preferences and repeat visits. By clicking “Accept All”, you consent to the use of ALL the cookies. However, you may visit "Cookie Settings" to provide a controlled consent.
Cookie SettingsAccept All
Manage consent

This website uses cookies to improve your experience while you navigate through the website. Out of these, the cookies that are categorized as necessary are stored on your browser as they are essential for the working of basic functionalities of the website. We also use third-party cookies that help us analyze and understand how you use this website. These cookies will be stored in your browser only with your consent. You also have the option to opt-out of these cookies. But opting out of some of these cookies may affect your browsing experience.
Necessary Always Enabled
Necessary cookies are absolutely essential for the website to function properly. These cookies ensure basic functionalities and security features of the website, anonymously.
Functional
Functional cookies help to perform certain functionalities like sharing the content of the website on social media platforms, collect feedbacks, and other third-party features.
Performance
Performance cookies are used to understand and analyze the key performance indexes of the website which helps in delivering a better user experience for the visitors.
Analytics
Analytical cookies are used to understand how visitors interact with the website. These cookies help provide information on metrics the number of visitors, bounce rate, traffic source, etc.
Advertisement
Advertisement cookies are used to provide visitors with relevant ads and marketing campaigns. These cookies track visitors across websites and collect information to provide customized ads.
Others
Other uncategorized cookies are those that are being analyzed and have not been classified into a category as yet.
SAVE & ACCEPT
Powered by